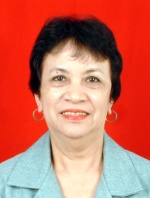 Elena C. Racho is the Director of Mentari International School Jakarta and Systems Principal of Mentari schools. Prior to moving to MISJ, Elena spent 22 years at Jakarta International School where she taught and served as the Science and Social Studies Coordinator for a number of years. In the Philippines, Elena spent 10 years as the Elementary and Secondary Principal of a big private school. Her teaching experiences also include 4 years in Thailand where she taught in the Elementary and Middle School.

Elena brings with her a wealth of teaching and supervisory experience along with professional skills she learned from various training programs she attended in Asia, the USA and Europe. A passionate teacher and an inspiring teacher-trainer, she actively shares her expertise with teachers and her colleagues in the field of education and teacher training. She conducts workshops for teachers in Jakarta and in the Philippines. Elena and Albert have four children who grew up in Jakarta but are now residents of the U.S.A. and Canada. 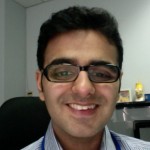 Richard Sidharta holds a Bachelor of Commerce in Electronic Commerce and Marketing from Curtin University of Technology in Perth. He then took further studies in Murdoch University, Perth for a Graduate Diploma in Education. During his six years of employment at Sekolah Tiara Bangsa – ACS (International) Jakarta, he held several positions including Senior School Principal, IB Diploma Coordinator and Cambridge Coordinator. Now he is Director of Beacon Academy Jakarta, a school which under his leadership has been authorized within its first year, by both Cambridge and the International Primary Curriculum , becoming the first school in Indonesia to offer both programs. 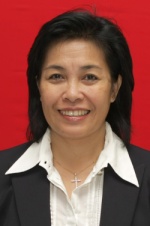 Thelma Poetiray completed her degree in Languages in Rome, as well as a Teaching Diploma in Music from the Conservatory of Santa Cecilia, Rome, Italy. She has held a dual role in Education and Management for over 20 years, and enjoys also conducting teacher training for fresh graduates. Thelma is member of ASCD (Curriculum Supervision and Development) since 2004. In Indonesia Thelma  has held positions as school supervisor and principal. Thelma is Head of School of Sekolah Lentera Kasih, a position she has held for the last five years. Thelma has served on the Association’s committee for 7 years. 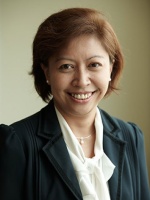 Throughout her twenty years’ career as a teacher at all levels, K.12, and as a secondary school principal and head, Capri has sought to work with other dedicated professionals to build innovative schooling in Indonesia that can match and even exceed international standards in curriculum and performance. She has shared these goals and her experiences and knowledge with national colleagues in workshops and ‘job alikes’ throughout Indonesia.  Presently, as kepala sekolah of the secondary program at STB-ACS (International) Jakarta, she manages a team of Indonesian and expatriate teachers in the delivery of the International Baccalaureate Diploma Program as well as the A-level and  Cambridge IGCSE Program.  She completed her Master’s degree from Atmajaya Catholic University, Jakarta following her Bachelor of Education from the Christian University of Indonesia, Jakarta and is now pursuing her Doctor’s degree from the Jakarta National University. 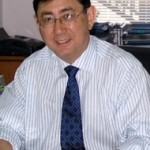 Daryl Forde is passionate about education and about providing improved educational opportunities for Indonesian children and educators. He was President of ANPS-BI, for six years until 2012. Currently, he is Head of Sampoerna Academy, which has four campuses in Indonesia educating 1000 SMA students. (He was the Executive Principal of STB-ACS (International) Jakarta before his present position).

Daryl has graduate and postgraduate qualifications from the University of Melbourne and has extensive experience in education. He has held positions at the Universities of Melbourne, Sydney  and Monash,  and University residential colleges,Trinity  College and University College. He has been a Head of Department, Faculty Leader, Deputy Principal and Principal in a range of schools, both Australian and International. His extensive experience includes examining for a range of examination Boards including the International Baccalaureate Organization and the University Cambridge International Examinations where he is also an Inspector.  He has given workshops in London, Cambridge, San Francisco, Hong Kong, Kuala Lumpur, Auckland and throughout Australia and Indonesia.  Daryl is an Honorary Life member of  two educational bodies which advise governments on educational issues and the professional development of teachers.       Visit Website 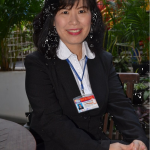 Yustina is one of the founders of Sekolah Victory Plus. She graduated from the English Department of Teacher Training Faculty of Satya Wacana Christian University in Salatiga.  In order to deepen her knowledge and to inspire teachers in her school, she continued her study to achieve an Advanced Certificate in  Teaching and Learning from Foundation of Excellence in Education, in Jakarta.  She also holds a Master of Science degree from State University of New York, College at Buffalo. 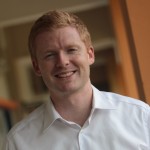 Gerald Donovan is an educator, writer and administrator who is currently the Director at Sekolah Bogor Raya, an IB World School and Cambridge International Centre based in Bogor, West Java. He has more than 15 years of experience as an educator and instructional leader in the UK, Eastern Europe, and Indonesia.

Gerald is the author of the English 911! Series of ESL books and is an accomplished teacher trainer who has facilitated  sessions  for Oxford University Press, Freeport Schools Papua, The South East Asian School Principals Forum, The Sampoerna Foundation and the ANPS, on subjects as diverse as Technology Integration, Inquiry-based learning, and School Leadership and was a recipient of the Education Partnership Leader Award from WorldDidac in Hong Kong, 2015. 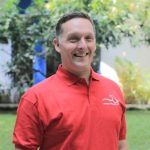 Liam Hammer works at Sekolah Victory Plus, and as an examiner for the IB Diploma, Authorisation and Evaluation visitor for the IB and the Council of International Schools (CIS), sits on the committee of management for ANPS, founding board member of the Association of Indonesian IB Schools and is an IB Ambassador for Indonesia.

With qualifications from the University of Melbourne, Macquarie University and Harvard Graduate School of Education Liam has over twenty years of international teaching experience across eight different countries in Asia Pacific using Cambridge International Examinations (CIE) and International Baccalaureate (IB) curricula, as a teacher, administrator and trainer.